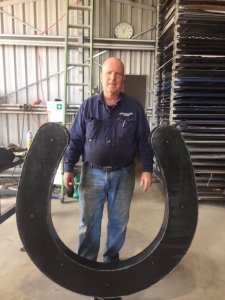 Jon usually works full time and the wife three days a week – both have had to stop working (if you were living in Sydney, most likely one person could continue working at least to some extent – not possible here)
With no money coming in bills add up quickly The family had not even heard of IPTAAS until they met Can Assist part way through their treatment. According to the wife “the forms were the most difficult forms she had filled out her entire life” she was incredibly stressed with her husband had no idea how to get around Sydney. Seeking the referring surgeon signature was difficult, chasing all around the hospital she eventually found his offices in a separate building across the street, getting access to the specialist signature was just as hard – he was in and out of the hospital etc…. (of course, she was not aware that an “authorised representative” such as a receptionist could have signed it).
Her focus on IPTAAS was the accommodation costs – without guidance, she didn’t realise she could have also requested travel rebates on the very same form. Her accommodation IPTAAS rebate still left her out of pocket by $5,000 (this was a radiotherapy / accommodation at the Quest bill combined – she didn’t know the breakup).
Can Assist paid this bill, plus paid an additional $5,000 help with other expenses – like petrol, parking, food …and the accommodation bills associated with Jon’s second surgery in Sydney.
Jon is now back in Cootamundra undergoing Oral chemotherapy from home. Whilst he was able to return to part time work in the middle of January this year, his capacities have been left significantly compromised post his second brain surgery. According to Jon “If it were not for Can Assist, we would have needed to sell our house to afford treatment”