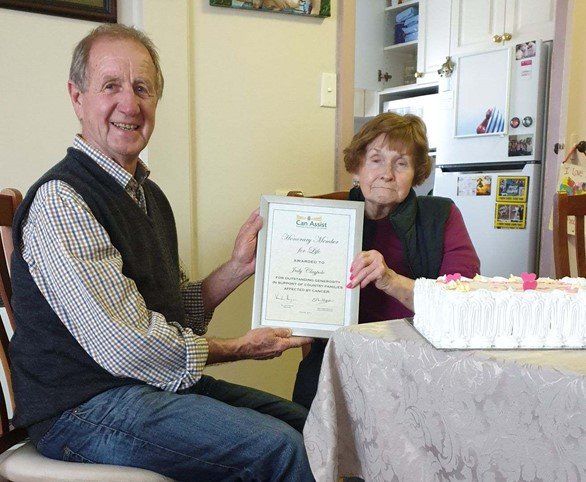 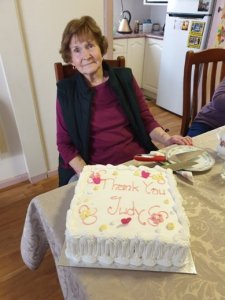 Judy Claypole with her cake.

Judy Claypole has been a valued member of Blayney Can Assist since our group was founded in 2008, holding the position of Publicity Officer for the past 12 years. Judy resigned from this position in March this year but remains an active member of our branch. 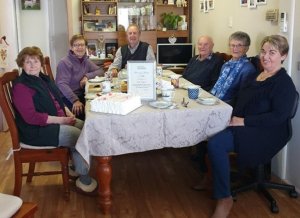 Earlier this year, unbeknown to Judy, Honorary Life Membership was bestowed on her. Due to COVID restrictions our branch had not been able to meet to present this to Judy but earlier this month a small group of members, who were part of the original group who formed our branch, met for a casual afternoon tea in order to present Judy with her Honorary Life Membership and thank her for her dedication to our branch and our local community. President, Ray Burns, presented Judy with her badge, certificate and a bouquet of flowers before Judy cut a cake marking the occasion. As it happens, Ray was the inaugural President when our branch formed so it was only fitting that he was there to make the presentation. Judy was surprised to be recognised in such a way and enjoyed time reminiscing with those present about how things had been in those early times and friendships formed through the years.